The world’s first Made in Abyss statue re-imagines Riko and Reg’s descent into the Abyss!

Home to hidden Artifacts, the lush ecosystem bursts with life as moss, lichen, and lucky Flowers of Fortitude flourish amid rocky crags. Albino squirrel-like creatures observe the daring adventurers as they traverse rugged terrain and crystalline waters that ebb and flow with LED lighting.

However, the beauty of the Abyss also conceals countless dangers. The base, interspersed with the symbols of Riko’s mother’s White Whistle Artifact, graphically details the stages of the Abyss’s Curse—from dizziness, to death—symbolizing the risk these two explorers must take in order to reach their goal.

Fortunately, Reg is fully equipped to protect Riko, armed with his LED-glowing Incinerator or the interchangeable Blaze Reap pickaxe that once belonged to Lyza the Annihilator herself! Matching Riko’s glowing headlamp, Reg’s LED-powered helmet features the iconic backlit pattern that represents his energy levels.

Created as the ultimate 1/6-scale tribute to the anime’s rich world-building, the Made in Abyss Elite Diorama Statue includes an official art print and Certificate of Authenticity signed by Figurama Collectors CEO, Mr. Shanab, and 3D artist, Artem Gansior.

“There’s one specific thing every Figurama Collectors statue has in common: the final production piece ALWAYS exceeds the quality of the original prototype. Statue critics have praised us for this consistently since Devilman VS Amon.

With that said, we are always striving to improve our work in order to create the greatest finished product possible. Enjoy this first-look at the enhanced portraits of Riko and Reg for our Made in Abyss Elite Diorama Statue!”

Collectors interested in purchasing the statue are strongly encouraged to join the wish list to be notified as soon as pre-orders open. Preorders open August 29that 11:00pm JST

This is easily the wildest statue of Hal Jordan on the market! 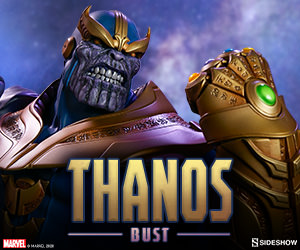